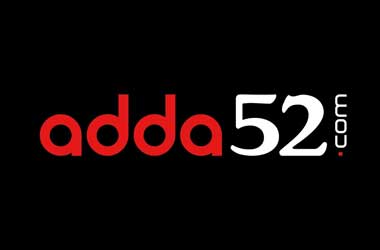 One of India’s leading online poker sites Adda52 has launched a new credit system that will minimise tax liability for players after receiving alot of backlash over their existing system .

Under the new system, the players will no longer be using cash to buy into tournaments or cash games. Instead, the cash will be replaced by VIP chips.

As a result, only their net winnings will be taxed.

The players’ winnings will also come in the form of VIP chips and will be added to their chip balances. Players can decide to convert them back to cash as they wish, but at that point, the entire balance would need to be converted so tax can be deducted accordingly.

Adda52 CEO Naveen Goyal said the new system will allow players to be more tax efficient and focus more on the game, resulting in an enhanced gaming experience at the site.

India’s tax laws impose charges on poker winnings directly from the source, referred to as Tax Deduction at Source (TDS). All winnings above RS10,000/$140 are taxed even before the player gets to collect them. Taxes deducted from gaming and lottery earnings in India currently stand at 30.9%. This is the rate followed by Adda52 and other online poker sites operating in the country.

The new credit system introduced by Adda52 will make it possible for tax to only be deducted when a player converts his chips to cash altogether. So instead of charging 30.9% on every winnings in excess of $140, Adda52 will only take the tax from that player’s net winnings.

To arrive at the net winnings, the player’s total deposit will be subtracted from his or her total withdrawal. The net winnings will not be calculated per session, but rather on a yearly basis.

Under existing tax regulations in India, a player’s winnings is taxed at 30.9% each time that player wins, regardless of whether or not that player incurred losses in several other sessions. Adda52’s new credit system, the player’s losses are taken into account, thus, only the net profit from all of their sessions over the course of a year will be taxed.

So for example, if you recorded a net profit of $200 in your first session, but incurred losses amounting to $300 in succeeding games, your total losses would be $100. This means the $200 you earned from your first session won’t be taxed.

While the new system will not effectively enable players to escape taxes, it will ease the tax burden especially on low-stakes grinders, and will allow Indian Poker players to have more control over their hard-earned money.