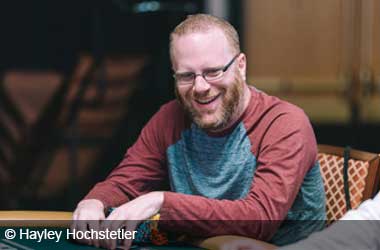 The 2021 WSOP $10K Dealer’s Choice usually gets over 100 registrations (based on the last two editions) and has over $1 million in prize money.

The 2021 edition fell short of that number as only 93 registrations came in. One of the reasons for the lack of registrations is because the United States will only open up to international travel from Nov 8.

Hellmuth was the clear favorite for a number of reasons. The Poker Hall of Famer has been on a tear at the 2021 WSOP making multiple final tables and winning his 16th WSOP bracelet when he won Event #31: $1,500 No-Liit 2-7 Lowball Draw.

Hellmuth was also the favorite because he had nearly double the chips that Friedman had. He also had the crowd support and looked like he was well on his way to win his 17th WSOP bracelet but Friedman stopped him. He made an amazing comeback and slowly but surely got the better of Hellmuth to win the event.

Friedman ended up winning $248,350 for his first place finish and his fourth WSOP bracelet while Hellmuth had to settle for $153,493 for finishing second.

Adam Friedman won his fourth WSOP gold bracelet and in doing so has now surpassed over $2 million in WSOP winnings. His total live career prize money till date is now $3,387,518 based on the Hendon Mob. He was delighted with his comeback and overall performance at the Dealer’s Choice event.

He is the only player in WSOP history to have won the Dealer’s Choice event on three consecutive occasions and said the event is very unique when compared to all the other WSOP events.