A Look At the Winners of the Inaugural Gulf Coast Poker Awards November 27, 2019 Stefan Nedeljkovic 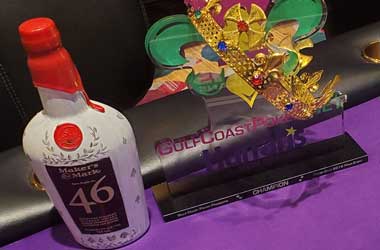 The first ever Gulf Coast Poker Awards was held earlier this month during the Poker Gras tournament at Harrah’s New Orleans.

The new awards ceremony honoured players and other distinguished members of the poker industry, including poker room employees and those in the media, who have made a significant impact in the poker scene across the extended Gulf Coast Poker region.

The 2019 Player of the Year award went to Yousef “Joe” Saleh, who also took down the Poker Gras Main Event for $34,195. Saleh, who hails from Meridian, Mississippi, has had a series of deep runs this year, which include a victory in the Heartland Poker Tour Main Event in Vicksburg back in August for $36,895, as well as a 7th-place finish in the WSOP Circuit Main Event in New Orleans in May. Saleh also finished runner-up in the RUNGOOD Poker Series Main Event at Horseshoe Tunica in March where he earned $34,650.

Josh Thibodaux received the 2019 Break-Out Player of the Year award. Thibodaux made a name for himself after capturing his first WSOP Circuit ring at the Harrah’s New Orleans stop, and followed it up with another deep run in the WSOP Millionaire Maker event where he won $350,758, the largest live score of his career.

Robbie Matthews, who took down the two Senior Events during last December’s WSOP Circuit stop at the IP Biloxi, was recognised as Senior of the Year.

Most Consistent Tournament Player went to Blake Whittington. The poker pro from Florida has had an impressive record this year, scoring several cashes since January in different poker tournaments in the US, including this summer’s WSOP, Wynn Summer Classic, WSOP Circuit stops, Deepstack Championship Poker Series and Heartland Poker Tour.

Cory Waaland won the Content Provider of the Year title. Waaland has been sharing amazing poker content through his YouTube channel, and has also been doing well in the tournament scene, with $810,751 in total live earnings.