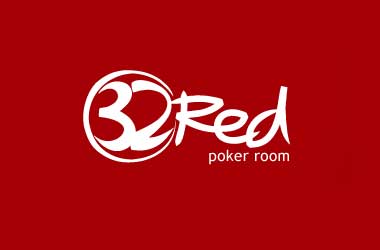 We do know that you have a huge number of online poker sites that you are going to be able to play any type of poker games at, and you may already have your own set of personal favourites, those being the poker sites you tend to play at each time you fancy playing poker online.

However, there can be a lot of value to be had by you occasionally signing up to a new poker site that you have never played at before. With this in mind we would like to introduce you to the 32Red Poker site for they have plenty of new player promotional offers currently on offer.

As a first time new player at 32Red Poker you are going to be given access to six New Player Turbo Poker Tournaments and each one has a $500.00 Guaranteed prize pool, to ensure you are going to actually be interested in taking part in these New Player Turbo Tournament you will find that they have been designed with a tiny buy in amount, and as such to take part in them you are only going to have to play 1.00!

Once you have signed up as a new player you will then receive your invitation to take plat in these specially set aside Poker Tournaments, which are held every Wednesday at 21.00, which is UK time by the way!

The main attraction of these New Player Tournaments is that there are not going to be anywhere as near as many players taking part in them and taking their chances in them as all of the other Poker Tournaments that 32Red Poker have up and running on every single day of the week, and as such you will have a much increased chance of making it to one of the prize paying positions on those Poker tournament leader boards!

The Poker game being used is No Limit Texas Hold’em and once you have paid your entry fee you will be given 2000.00 in tournament credits and each tournament is structured as a 5 minuet blind levels Tournament. Make sure you sign up as soon as you can for those guaranteed prize pools are there for the taking and someone has to win the cash up of grabs on each one of them, and that winning player could be you!