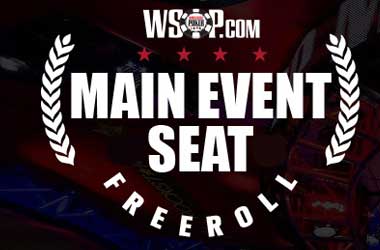 Poker players and fans around the world are looking forward to yet another exciting, action-packed summer this year with the return of the World Series of Poker (WSOP) live festival at Horseshoe Las Vegas.

The 54th edition of the series runs from May 30 to July 18, 2023, culminating in the Main Event. WSOP.com players in the US can win their way into the $10,000 buy-in tournament through the site’s ongoing freeroll deposit bonus promotion.

The $10,000 Main Event Seat Freeroll is open to players in all four US states where WSOP.com is currently operating – New Jersey, Nevada, Pennsylvania, and Michigan. Each network – WSOP NJ/NV, WSOP MI, and WSOP PA, will have its own freeroll and the winner will secure a seat to the 2023 WSOP Main Event.

Those who are able to make a deposit using the code “WIN10” until January 28 will qualify for the freeroll which runs on January 30. The winner may use the $10,000 buy-in to take part in any other bracelet event at the festival.

While organizers have yet to finalize the schedule for the 2023 WSOP, they have released details as to the initial tournaments included in the line-up.

The WSOP has added two new events – the first one is the Gladiators of Poker which has a buy-in of $300, the lowest buy-in for any gold bracelet event in WSOP history. The tournament comes with $3 million in guaranteed prize money and gets underway on June 7. The other one is the $600 buy-in Ultra Stack which kicks off on July 11.

The Main Event gets underway on July 3 and is expected to feature up to four Day1 flights.