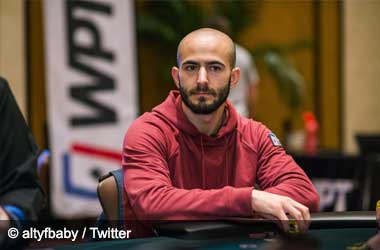 Brian Altman has added another title to his already impressive resume.

The WSOPC Isle Casino Pompano Park Main Event attracted a field of 725 entries, which dwindled to just 7 on the final day of the tournament. Joseph Brewer and James Rubinski both fell by the wayside in ninth ($19,262) and eighth place ($24,346) respectively prior to the final action.

Altman was significantly ahead of the pack when the final day kicked off, and he was able to extend his lead even further when he eliminated Michael Graffeo in seventh place for $31,139.

The final table was made up of highly-accomplished pros, including Athanasios Polychronopoulos who has two WSOP bracelets to his name. He scored the second knockout of the day after winning a classic preflop race against Paul Snead who took home $40,294 for his sixth-place finish.

The next player to leave the table was Raymond Brint courtesy of another poker title-holder, WPT champion Will “The Thrill” Failla. Brint ended his bid in fifth place for $52,745. Failla went on to eliminate Timothy Little with pocket kings against pocket sevens. Little finished fourth for $69,842.

Failla’s good run was short-lived as he followed Little to the rail after losing in a preflop battle of pocket pairs, 9s9c vs. JhJc, against Polychronopoulos. Failla’s third-place finish earned him $93,528, bringing his total live earnings to over $6.4 million.

Polychronopoulos was in the lead during the early stages of his heads-up match against Brian Altman, but the eventual winner regained his dominance after winning a massive pot.

The final hand saw Altman limping in from the button and Polychronopoulos shoving from the big blind with Kc2c. Altman called with AcQh. With the board showing Ad10h4d6sJc, Altman sealed his victory as Polychronopoulos settled for second place with $126,653 in winnings.

Altman had a great run in 2021 and he is keen on continuing the momentum this year. With his latest victory, Altman gets the chance to take part in the 2022 WSOP Tournament of Champions, an invite-only event that will run as part of the WSOP live festival this summer.