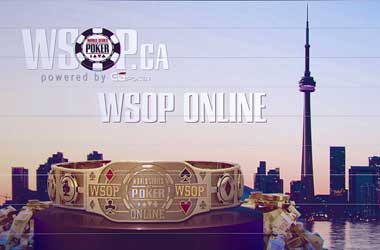 The final events of the inaugural 2022 World Series of Poker (WSOP) online bracelet schedule have come to an end.

The trio of events, which ran in the ring-fenced Ontario poker market, concluded successfully on October 30, officially closing this year’s online bracelet campaign. The finale in Ontario was a huge success, with two of the three events surpassing their guarantees.

Overall, more than 200 bracelets were awarded this year, with almost half won by players online on WSOP and GGPoker. The bracelet events in Ontario were added last minute to mark the launch of WSOP Ontario powered by the GGPoker software.

The bracelet events in Ontario ran from October 23-30, with all three bearing the GGPoker branding.

🎃 Ready for a Spooky Weekend! 🎃
The #WSOP Bracelets Tournament is here
Get in the action, if you dare! ☠️ ☠️#pokeronline #Ontario #Halloween2022 pic.twitter.com/loFpUaBRwb

The second event, the Omaholic Bounty MILLION$ which came with a $210 entry fee and a $100,000 guarantee drew a huge turnout as well with 651 entries. The top finishers walked away with a share of the $130,200 prize pool.

The third event, GGMasters Online Championship Freezeout, which cost $1,050 to enter and featured $$250,000 in guarantees, fell short of hitting its target with 207 entries. That created an overlay of $43,000 which provided huge value to players.

While Event #3 failed to meet its guarantee, the bracelet finale in Ontario was generally a huge success, attracting 2,168 entries and awarding $560,980 in total prize money. The schedule also included multiple side events, many of which also performed well.

The 2022 online bracelet campaign kicked off during the summer, with a total of 29 bracelets awarded across WSOP.com’s US markets including Michigan. An autumn version was also held, featuring 45 bracelet events. Outside the US, GGPoker played host to the international leg of the online bracelet series for the third consecutive year. This year, 33 bracelets were awarded on GGPoker between August and September.

In total, the 2022 WSOP online bracelet campaign awarded over 107 gold bracelets, including the three in Ontario, and more than $113 million in total prize money.