2022 WSOP Set To Feature A Number Of Exciting Events

2022 WSOP Set To Feature A Number Of Exciting Events 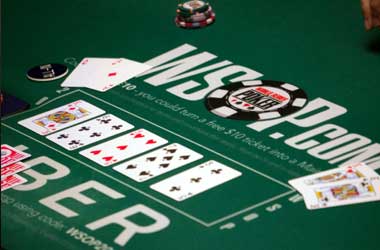 The biggest poker event of the year is fast approaching and poker players across the globe are excited about what’s in store for them, with the full schedule yet to be released.

The 2022 World Series of Poker (WSOP) returns to its usual summer schedule and is set to take place at a new venue, Bally’s on the Las Vegas Strip, which will be rebranded to Horseshoe just in time for the festival.

While we wait for the full schedule to be released, let’s take a look at some changes that could be introduced to this year’s series apart from what we already know – the festival moving to the Strip and going back to its roots with the Horseshoe rebranding.

What We Know So Far

Here are some changes we might see in the upcoming festival.

The WSOP’s first home was Binion’s Horseshoe, owned by gambling icon Benny Binion. The festival began in 1970 as a series of cash games, with the Main Event played as a freezeout. Now, as the WSOP returns to its roots with its new venue being rebranded to Horseshoe, organizers might add a few old-school tournaments to honor the brand’s rich history.

Last year, a freezeout tournament called Hall of Fame Bounty was part of the schedule. It gave Ole Schemion his first gold bracelet. That particular event could return this year, with the potential addition of more freezeout events.

$1M Big One for One Drop Makes a Comeback

The WSOP could introduce a new Mystery Bounty event to spice up the 2022 series. There were plans to include the event at the 2020 festival but it did not push through because the entire series was cancelled due to the pandemic.

Now, it might finally become a reality, though the WSOP won’t be the first to host such an event. Last year, two Mystery Bounty tournaments successfully ran at Wynn and both events earned excellent reviews.