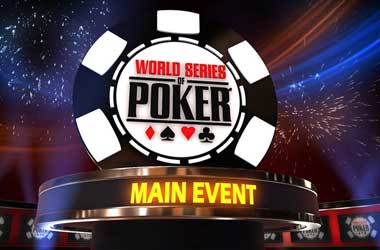 Less than a week from now, a new World Series of Poker (WSOP) Main Event champion will be crowned.

The 2021 WSOP event is in full swing at the Rio, with the six starting flights already completed. The final numbers are now in, and they do not disappoint.

Overall, the event attracted a total of 6,650 entries. It’s the first time in four years that the Main Event recorded a decline in participation numbers, but that’s understandable, considering the numerous challenges that everyone has had to go through due to the pandemic.

The final stats even went beyond everyone’s expectations. The number of players who registered for the 2021 Main Event is higher than the figures recorded in the years following Black Friday and during the early days of the poker boom. This year’s total also surpasses anything recorded prior to Chris Moneymaker‘s victory in 2003. The 2021 edition is now the 10th biggest Main Event in WSOP history.

The running of the 2021 WSOP Main Event has been generally successful so far, though there’s an ongoing issue with regards to the tournament’s payout structure. Some players have raised concerns over the payout jumps especially between the lower levels, saying they’re too flat.

Canadian poker pro Alex Livingston has described the structure as embarrassing and “a total gimmick“, with the 10th and 9th place showing a payout difference of nearly $415K. The runner-up finisher will also take home just almost half of what the winner gets.

I'll always praise @WSOP when they get something right but the payout structure for the main is embarrassing. Jumping $415k from 10th to 9th & then $400k from 9th to 6th? Not to mention 2nd being almost half 1st. This wouldn't happen in any other tourney and it's a total gimmick

The WSOP’s payout structure differs a lot from its major rival, the World Poker Tour (WPT) which awards 17.76% of the prize pool to the winner of any tournament that attracts over 788 players. If we apply a similar calculation to the 2021 WSOP Main Event, the champion would take home more than $11 million.

Save for the controversial payout structure, the 2021 Main Event will likely conclude without any other major issues – a huge achievement for the entire WSOP team.