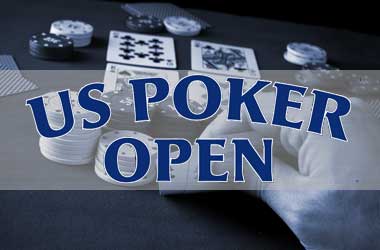 The full schedule for the 2021 US Poker Open has been released! The popular festival returns this year at the PokerGO Studio in Las Vegas from June 3-15, featuring 12 days of top-notch high-stakes action.

The series was dropped in 2020 due to the COVID-19 pandemic, and now it’s finally back, giving players the chance to continue chasing for tournament glory.

Players will have a variety of formats to choose from, including no-limit hold’em, pot-limit Omaha, short deck, big bet mix and eight-game mix.

The player earning the highest number of points throughout the series will be declared as overall series champion and will take home an extra $50,000 in prize money, alongside a new Golden Eagle Trophy.

As usual, each final table will be live-streamed on PokerGO.

The US Poker Open debuted in 2018, months after the PokerGO Studio opened its doors at the Aria Resort and Casino. English poker pro Stephen Chidwick became the first-ever series champion after winning two events and cashing in three more, walking away with a huge $1,256,600 in total winnings.

The latest edition of the festival took place in 2019, with David Peters coming out on top, taking home $1,584,000 throughout the series. The American poker pro shipped the $100K buy-in Main Event to secure the US Poker Open title, surpassing Sean Winter by just 10 points.

Poker Masters will run from September 13-24, followed by the popular Super High Roller Bowl on September 26.