2021 Ladies Poker Championship Runs Till This Sunday In Nevada

2021 Ladies Poker Championship Runs Till This Sunday In Nevada 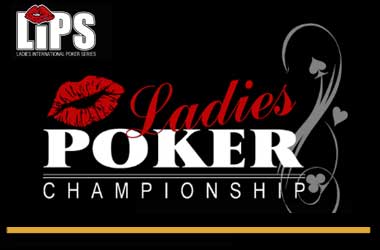 The Ladies International Poker Series (LIPS) is back in Las Vegas for the 2021 Nevada State Ladies Poker Championship.

The series kicked off on April 15 and will run through April 18 at the South Point Casino Poker Room, Nevada.

The series features four events exclusive to female players, four tournaments that are open to all, as well as a Purple Party courtesy of the Women’s Poker Association (WPA), one of the tour’s sponsors.

The schedule is headlined by the $275 buy-in Nevada State Ladies Championship which gets underway on April 17. Day 2 of the event takes place on April 18. Satellites to this event are running all day on April 16.

The WPA will host “Purple Party” at 4pm on Friday, April 16, which will be followed by a LADIES Pajama Jam, a ladies-only tournament which costs $175 to enter.

All of the women-exclusive events on the schedule will count toward the WPA Player of the Year award. Players earn points according to their finishing position, and whoever ends up at the top will win the WPA POY title, plus other exciting prizes.

While LIPS is more focused on empowering women in poker, it also hosts tournaments where anybody can enter regardless of gender. During this year’s Nevada State Poker Championship, male players can also participate in various events, which include the $175 buy-in Omaha-Holics on April 16, Charity Tag Team Switch on April 17, and the Poker Friends Forever Deepstack on April 18.

LIPS-hosted events are not all about competition. Organizers make each event more special and exciting by also incorporating parties and other fun activities away from the tables. The tour is also well-known for organizing poker events for charity. This year, a charity event is included in the schedule, the proceeds of which will benefit Poker Gives, an organization founded by Linda Johnson, Jan Fisher, Lisa Tenner and the late Mike Sexton.

Both Johnson and Fisher will act as hosts for the entire four-day series.

LIPS was established in 2004 with the aim of building a strong community of female poker players and enthusiasts and enhance their skills in the game through education and trainings, online and live tournaments, as well as social activities. LIPS was founded by Women in Poker Hall of Fame inductee Lupe Soto who also currently serves as the tour’s CEO.