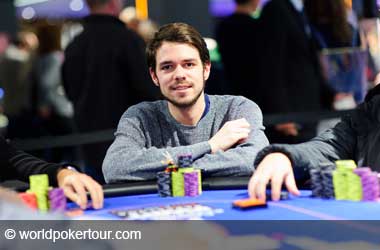 The WSOP is popular with poker players from around the world because it gives them the chance to win huge sums of cash and make their dreams come true.

That’s what happened to the French poker pro who battled it out over a three day period and when all was said and done, he surprised himself and he came out on top. The 27-year-old topped a huge field of 5,521 entries to capture his very first WSOP bracelet and take home a top prize of $628,654.

The 2019 WSOP Mini Main Event drew a diverse mix of poker pros and amateurs who battled it out to get the biggest slice of the $4,968,900 total prize pool. Seven different countries were represented at the final table, including Japan, China, Argentina, Ireland, Switzerland, France and the United States, giving the event an international flavour.

Jeremy Saderne was supported by a vibrant crowd who would erupt in celebration whenever the French player won a hand, especially during the final moments of the game. Apart from Saderne, American Lula Taylor who finished in second place also grabbed a share of the limelight for her aggressive playing style and friendly, entertaining personality. The competition was intense at the final table, but the Texas native’s charisma and warm camaraderie made it a pleasant experience for all involved.

Taylor may have barely missed out on becoming the first female player to capture an open event this summer, but it’s still a massive payday for the poker grinder who took home $388,284 for her runner-up finish.

The event extended to a third day to determine a winner, with eight players returning to the table. The action quickly took off as three players were eliminated in less than two hours: Ben Allogio (8th place for $71,199), Philip Gildea (7th place for $92,686) and Stefan Widmer (6th place for $121,586).

The next player to leave the table was Koji Takagi of Japan who went all in with ace-eight against Taylor’s jack-eight, with the latter picking up a jack on the river to send Takagi to the rail in 5th place for $160,175. Shortly after the break, China’s Yi Ma followed Takagi in 4th place which fetched him $214,047.

With three players remaining, Saderne managed to double through Taylor to take the lead, but she quickly doubled back. The subsequent action went in favour of Saderne who picked up pocket aces twice to finish off Andres Korn (3rd place for $287,219) and then Lula Taylor.