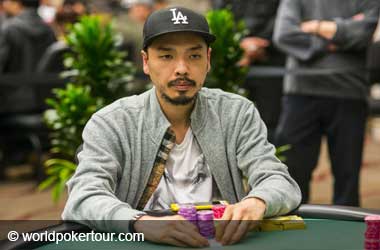 The top poker players from all over the world planned their trips to the Bahamas for Jan 2019 as PokerStars was hosting its popular PokerStars Caribbean Adventure.

As well as its inaugural PokerStars Players No Limit Hold’em Championship (PSPC) where million in guaranteed prize money was up for grabs.

The 2019 PCA Main Event drew a total of 865 players who competed for a first place finish as they were guaranteed to walk away with over a million dollars. The competition was fierce and in the end it was David “Chino” Rheem who managed to keep his composure and take down the Main Event to win $1,567,100.

The Californian poker pro has had a lot of success in the past and this win was his 5th seven figure payout. The win has now boosted his total career prize money to over $10 million as the 2019 PCA Main Event win was the second highest payout of his career.

Rheem was delighted to get his 2019 off and running with a million dollar cashout but still played down his success by crediting good fortune rather than his skills at the table. One of his skills is engaging in some friendly banter at the table which brought out some interesting chatter at the final table. The 38 year old poker pro battled it out with fellow American Daniel Strelitz who finished in second place taking home $951,480.

While Rheem finished in first place and took home the biggest payout, Canadian player Scott Wellenbach received a lot of attention as he decided to start his 2019 by giving away his prize money from the PCA Main Event to charity.

The 67 year old Canadian made his way to the Bahamas after he won his seat through a $500 online qualifier. Before the PCA Main Event could start, Wellenbach announced that he would donate all his winnings irrespective of where he finished. He surprised a lot of people as he made the final table and then went on to finish in third place to take home $671,240.

In a statement, Wellenbach said “Going into the tournament, if you would’ve said: ‘How’s third place?’ I would’ve said “unbelievably good.” I’m sure in a few days, it’ll sink in and I’ll be happy with the outcome. At the moment though, I feel like I could’ve played better.”