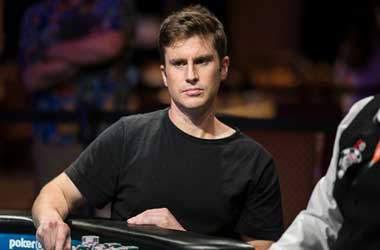 The 2019 Poker Masters is underway at the PokerGO Studio at ARIA Resort & Casino in Las Vegas, and will run until November 14.

The first event of the 2019 Poker Masters was won by poker pro Isaac Baron (pictured). The American poker pro outlasted a field of 97 entries to secure the lion’s share of the prize worth $223,100.

The money bubble burst when JJ Feregrino exited in 15th place in a three-way pot against Baron and Ralph Wong. British pro Stephen Chidwick was the first to win a share of the prize pool, collecting $19,400 for his 14th place finish. Among other players who cashed in the event were Alex Foxen, Randall Emmett, Antonios Roungeris, Joseph Orsino and Sean Winter.

Eight players returned on the final day to compete for the top prize. Unfortunately for Vietnamese player Thai Ha, his bid ended early as he was the first to leave the table in 8th place for $38,800.

Baron was holding the chip lead with five players remaining. British Poker Open winner Sam Soverel was the first to exit and took home $77,600 for his fifth place finish, bringing his total earnings in 2019 to nearly $4 million.

Baron went on to finish Jeremy Ausmus who exited the game in fourth place after getting all of his remaining chips in with queen-seven against Baron’s queen-nine. Ausmus took home $97,000. Baron continued his knockout streak, this time eliminating Wong in third place after his jack-six off-suit held against Wong’s king-nine. Wong walked away with $116,400.

Baron entered heads-up play against fellow American Chance Kornuth with a massive lead. The final match was short-lived though, as Baron moved all-in with five-three of clubs, prompting a call from Kornuth who had ace-nine. Baron’s victory was made official after he hit a three, capturing the top prize. Kornuth collected $164,900 as runner-up.

Baron’s latest victory follows on from his bracelet win at the 2019 World Series of Poker (WSOP) during the summer. His total live earnings now sit at $6,384,693.