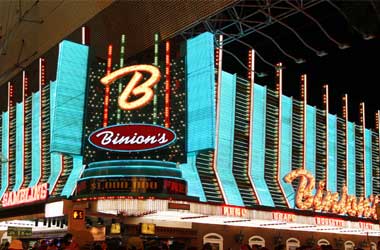 Las Vegas is home to several poker rooms trying to outdo each other in terms of the number of events being held, the amount of guarantees on offer, as well as various tournament schedules.

This summer, poker fans can expect plenty of action in Vegas, some of which will take place at the historic Binion’s Gambling Hall, formerly known as the Horseshoe.

Binion’s was among the first casinos in Downtown Vegas to offer poker games. In recent years, the legendary gambling hall has been facing competition from other poker clubs in the city. While the poker landscape in Downtown Vegas has significantly evolved over the decades, Binion’s remains a top favourite for players, with a number of tournaments still being held at the venue.

This year, the Binion’s Summer Series will take place from June 1 to July 1, featuring an action-packed schedule.

The 2019 edition will have higher buy-ins in comparison to the previous years. This year, players will choose between the $550 and $1,100 buy-in to take part in featured events which will take place roughly every other day throughout the series. Most of the featured events are non-hold’em offerings, making Binion’s the perfect spot for stud and omaha lovers.

Championship happening on June 28-July 1. While Binion’s sticks to its non-hold’em summer poker hallmark, this year’s $1,100 Main Event will still be no-limit hold’em, with two starting days running on June 23-24. Surviving players will battle it out on the final day, June 26, in which a winner will be determined.

Those that are not included in the featured events are filler events which are mostly $75 no-limit hold’em, with $25 rebuys and add-ons, played in 20-minute blind levels.

No guarantees are listed on the 2019 Binion’s Summer Series schedule, but that does not mean there are no big prizes on offer. To check out the full schedule of events, please check out the official website.