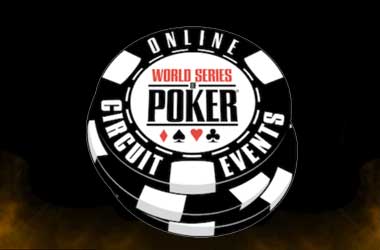 GGPoker is playing host to another massive online tournament series which kicks off this week.

For as low as $50, players can take a shot at the highly-coveted WSOP Circuit gold ring, which makes the series accessible to all players regardless of their bankroll. The schedule also features a mix of exciting formats, including pot-limit Omaha (PLO), deepstack, monster stack, and bounty, in addition to the traditional no-limit hold’em (NLH).

The schedule is headlined by the $525 buy-in Main Event which comes with a massive $5 million in guaranteed prize money. The tournament has multiple starting flights which get underway on April 3. A winner will be crowned on the final day of the series on April 17.

Apart from the Main Event, there are other key tournaments that should be included in the must-play list, such as the opening event, the BIG 500 NLH Spring Kick-Off, which costs $500 to enter and features $2 million in guaranteed prizes. GGPoker will also be running satellites for this event which players can enter for as low as $0.50. The tournament takes place from March 24-27.

Mystery Bounty tournaments have become the latest craze in the world of poker and players will be glad to know that they are also part of the 2022 WSOP Spring Online Circuit schedule. They can choose from two events – the first, which takes place on April 9, has a buy-in of $210 and a guarantee of $1 million. The other features a higher entry fee of $2,100 with $2 million in guarantees up for grabs.

Players also shouldn’t miss the $1,050 buy-in GGMasters NLH Circuit Championship which comes with a guaranteed prize pool of $1.5 million and runs from April 9-10. There’s also a MILLION$ Mini Main Event which has an affordable entry fee of only $50, with $1 million in guarantees on offer. The final day of this tournament is scheduled for April 3.

The series will also serve as a platform for players to send help to Ukrainians caught up in the ongoing war in their country. The $1,111 Red Cross Charity Event NHL is among the 18 ring events on the schedule, with $111 from each buy-in going directly to the Ukrainian Red Cross.

You may check out the complete details and full schedule of the 2022 WSOP Spring Online Circuit on the GGPoker website.