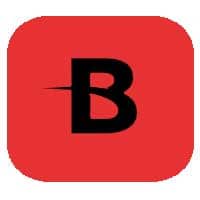 The BetOnline gaming content provider platform has existed for nearly two decades, since the earliest beginnings of the industry.

As a result, it has seen its fair share of good and bad times, such as the expansion of this type of establishment and the consequences from Black Friday in the US. Moreover, it has suffered through quite some trouble surrounding this event, so it is especially proud for having retained its place in the US market.

BetOnline has made quite a few revolutionary changes to its structure, starting with the abandonment of the Action Poker Network and transferring to the Chico Network. Nowadays, it is said that it has turned to fully proprietary software and traffic with the purpose of alienating itself from such malicious influences.

In the spirit of such remarkable innovations, BetOnline released a mobile device client, allowing US players to play secure online poker anywhere on the go.

While this is a rather recent addition to the whole platform, it has proven to be quite functional and optimized for its widespread use. After all, the US market share isn’t the only one covered by BetOnline – players from almost all countries worldwide are allowed to access and play at their premises. Now, they can do it from any location that offers a stable mobile data or Wi-Fi connection, straight from their Android of iOS-operated mobile devices. 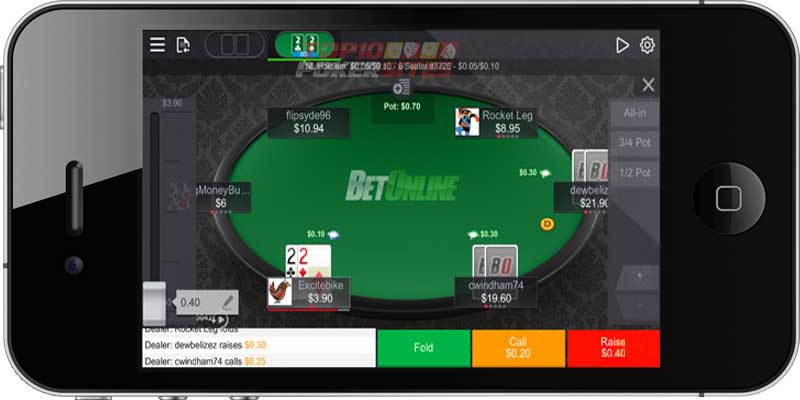 The design and functionalities are much alike between the two versions of the BetOnline Poker mobile app. Once you start it, both through your browsers or inherent apps, you are invited to log in and fund your account. These operations are fully available at the mobile version through the Cashier option.

If you choose to stay in the lobby, you will notice that its look is a somewhat compressed and tightened version of the desktop BetOnline platform. However, other than this impression, everything else is on point and interactive, in other words, player-friendly.

The menu allows players a quick access to all crucial segments, as well as a few customization options. Still, what makes the BetOnline Poker mobile experience really personalized are the numerous filtering options when choosing the best game for your player needs. You can choose table and stake size, not only colour patterns – this, paired with the various events at which these games are available, give players just enough options to keep them interested.

BetOnline Poker mobile players are still able to enjoy all the benefits of the platform despite accessing it through a smaller screen. One of the primary player advantages when it comes to online poker rooms is the bonuses and promotions offering.

This player pool is eligible to a number of such offers, starting with the standard Welcome bonus which usually serves as an incentive for players to register at the site and try the games without going through their whole bankroll. Another offer purposed to help enlarge the player traffic is their standard Refer-a-friend bonus. It rewards loyal players who help boost BetOnline’s cause, as well as the new-comers who are willing to try its services.

If you’re worried whether or not you qualify for the offer selection, bear in mind that they constantly offer a myriad of time-limited, game and event-specific offers aside from the regular ones, so that everyone is able to find something to their liking. Most offer entries to rather rewarding tournaments and are available since signup. 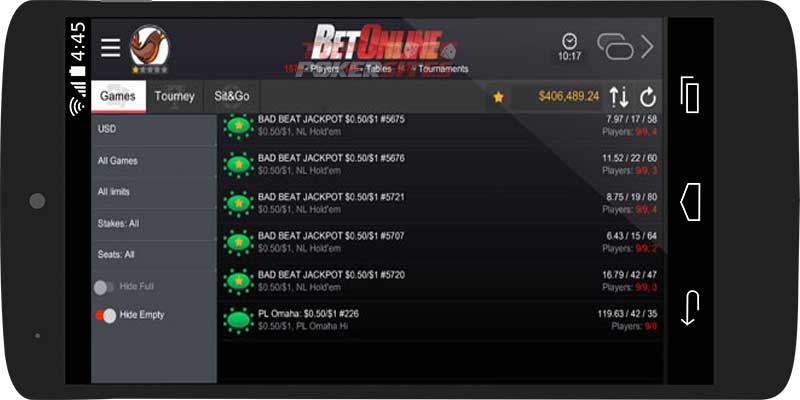 BetOnline Poker mobile app users may find the game selection a little limiting when compared to the desktop version. Nonetheless, in the sphere of mobile poker rooms, Texas Hold’em, Omaha and Omaha Hi-Lo are quite enough.

Hold’em is available across the spectrum of game types – cash games, Sit’n Gos and all kinds of MTTs, while Omaha poker versions can only be found as regular cash games. Even if this is a little limiting, the multitabling option allows players to hit the tables according to their action preferences. All you need to do is go back to the lobby and choose your tables – the BetOnline mobile poker software keeps your hands at the various tables in plain sight, and alerts you when it’s your turn.

The issue with US poker players, and online gaming enthusiasts in general, is that the UIGEA act banned all financial institutions from performing transactions for iGaming establishments. Since they have been deemed illegal, operators who remained catering to this player pool were forced to think of alternative ways to process deposits and withdrawals.

Today, BetOnline mobile poker players share more than just the same player traffic with desktop players. They are all eligible to perform and request payments through standard Visa and MasterCard services, as well as e-wallets Skrill and Neteller, but the most revolutionary option is the cryptocurrency Bitcoin. Deposits are instantaneous for all, but withdrawals on the blockchain are the fastest, with 24 hours as one of its record times.

The matter of payment processing is closely related to the operator’s security – even though players are concerned about their information, they also pay a lot of attention to their bankroll.

Security at BetOnline is a well-established practice which has recently spread to their mobile client upon its release – the SSL industry-standard certificate allows players to enjoy their time on the site without worrying about the threat of third parties interfering. Further proof of the operator’s security is its license from the Panama authorities, which confirms that all their software is working properly and according to legal stipulations.

As for provable fairness of BetOnline’s game software, it is regularly subject to all necessary testing procedures that determine their outcome randomness and overall regularity. Such testing covers the mobile client just as much as the desktop version, making BetOnline Poker mobile players fully secure and protected within its lobby.

The customer support segment at the BetOnline Poker mobile app is the same as its standard format. It is equipped by a team of highly responsive, helpful and knowledgeable representatives, but without the option of a live chat contact.

A telephone number, as well as a relevant email for the poker player pool is provided instead, and it has been able to meet the needs of most inquiries. With a prompt response time and a detailed and extensive FAQ section to help during any issues, customers are still well-served and supported throughout their mobile online poker endeavours.

Yes, no matter whether you are playing poker on a desktop or on the go, you should be able to have your sports betting account funds transferred to your poker bankroll.

Is there rake on the tables when playing on BetOnline Poker mobile app?

What is the general characteristic of the BetOnline player traffic?

The player traffic at BetOnline merges into one single player pool from all desktop players, Android users and iPhone and iPad poker players. However, due to the fact that it has always attempted to attract new players rather than retain older and more experienced ones, the player pool is full of fish.

Is there a possibility to play poker at BetOnline from my Windows Phone?

There is no official claim by the operator itself regarding the capabilities of Windows Phone and their compatibility with the poker app. However, some players arguably claim to have been able to access their account using the iOS-optimized instant-play version from their Windows Phone web browser app.

What are some of the countries whose poker enthusiasts are not eligible to access BetOnline Poker’s mobile app?

Players from UK, Malta, Indonesia and Egypt are among those that cannot access and use BetOnline’s online gaming services, no matter if it is through their desktop computer, laptop or Android or iOS-operated portable device.