Why Young Indians Are Considering A Career In Poker

Why Young Indians Are Considering A Career In Poker January 18, 2019 Adrian Sterne https://top10pokersites.net

Why Young Indians Are Considering A Career In Poker 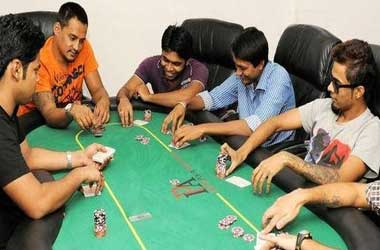 If you turn the clock back five years, you will find that poker was just as popular as the NFL in India. Both poker and the NFL were relatively unknown to the average India as they preferred card games like Rummy and sports such as cricket and hockey.

Today, India is considered to be one of the fastest growing poker markets in the world.

The last couple of years have saw a poker boom which has resulted in top poker operators like the World Poker Tour and PokerStars hosting tournaments in India that has resulted in a lot of success for them.

The surge in popularity for poker games comes mainly from the younger generation who are between 20 to 40 years. India does not have a lot of professional poker players but that could also change in the coming months as young Indians who work full time jobs are considering taking up a professional poker career.

The younger generation are quickly realizing that there are alternate ways to make a living than just working a 9 to 6 job. Millions of Indians work night shifts in call-centers to service American companies and it is not a lifestyle that they want to develop.

A number of domestic poker operators such as 9stacks, Adda52 and PokerBaazi have poker offerings which encourage Indian poker players to play the game and win a decent chunk of money.

Young Indians are playing online poker on the side, developing their skills and slowly bringing in a new stream of revenue that gives them the confidence to know that if they work at their poker game, they can eventually develop a substantial stream of income that will allow them to quit their full time job.

Poker Can Be A Lucrative Career

American and European poker players complain that it is hard to make a living playing online poker today because of the level of competition. The Indian market does not face this challenge as it is relatively knew and most online poker players are still developing their game which means the market is not as competitive as the West and poker players can make a decent living, especially because poker operators are continuing to raise the stakes.

It will still be a difficult task for young Indians to take up a career as a poker professional because traditional Indian parents prefer their children to hold regular jobs and not risk their future playing a card game!