What Do Poker Fans Really Want To See In A Poker TV Show?

What Do Poker Fans Really Want To See In A Poker TV Show? 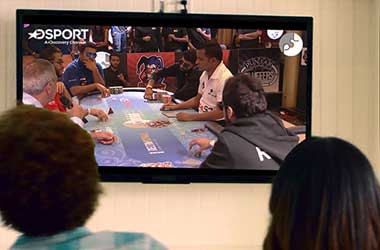 What attracts viewers to a particular televised poker show? This has become the subject of a Twitter debate initiated by Daniel Negreanu, where he launched a poll asking his followers what they love most about poker shows.

One of the most popular poker programs in the past was the High Stakes Poker show which aired on Game Show Network (GSN) at the height of the poker boom.

High Stakes Poker was among the pioneers in televised high stakes cash game shows, featuring some of the world’s best poker pros, including Doyle Brunson, Tom Dwan and Negreanu.

The show saw participants competing for massive pots, with minimum buy-ins of $100,000, going up to $1,000,000. One of the most unforgettable seasons in the show was when Gus Hansen’s four fives defeated Negreanu’s better flopped set to win a huge pot worth $575,000.

During that time, High Stakes Poker stood above competition and became one of the most popular poker shows of all time.

The Characters Are The Biggest Draw

Recently, Negreanu and American poker pro Matt Berkey shared their take on what keeps fans’ interested in a show, via a civil and no-nonsense debate on Twitter. For Negreanu, viewers get hooked to a certain poker show because of the personalities involved, rather than the commentary. He added that poker fans and enthusiasts also tune in because of their desire to learn to play poker. While Berkey did not oppose Negreanu’s views, he thinks that current high rollers playing on televised events still entertain casual fans despite not having the “personality“.

To get a better insight, Negreanu asked his followers about their opinion via a Twitter poll on what was it about High Stakes Poker that made them love the show so much. Admittedly, it’s quite difficult to make a final conclusion from a Twitter poll, considering that anyone are free to participate in the poll, even those who hardly understand the subject matter or lack reading comprehension skills.

For those of you who loved to watch High Stakes Poker on GSN, what was it about the show that made you love it so much?

But just to take the pulse of Negreanu’s fans, here is what the results of the poll show: the majority of the 12,000 respondents (49%) feel it’s the characters that made the show a must-watch, while a significant number (38%) were in it for the High Stakes action. Nine per cent were more entertained by the commentators, while 4% were impressed by the show’s narratives and production.

While social media does not always accurately represent public opinion in general, the large sample size used by Negreanu gives some credible answers. The right mix of players and characters is what will most likely attract casual fans. Future live-stream and televised poker shows can learn from these results.