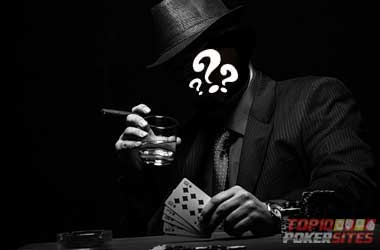 What’s the first image that pops into your mind when you hear the word poker for the first time?

Most people picture a frequent stereotype associated with this game — a bunch of shady-looking players with obscure facial expressions, gathered around a table in a dimly lit, smoke-filled, grimy room.

Another conventional impression sealed in people’s imagination is more luxurious and movie-like. In it, the game is played by the dubious tuxedo-wearing elite, in a lush, high-ceiling mansion illuminated by large crystal chandeliers. The image of James Bond probably comes to mind.

Both of these associations aren’t that far from reality. After all, stereotypes wouldn’t be so widespread if there weren’t a tincture of truth to them. And, let’s face it — the part about poker players being shady and dubious is often true since the game requires that the winners outfox their opponents.

This is why some players don’t shy away from cunning tricks that spark controversy. In fact, some of them resort to dirty, scandalous moves, causing public outrage and contempt.

There are also players whose guileful tactics in the game mirror their real-life behavior, and in this article, we’ve made a list of the five most controversial ones.

Let’s start with the biggest amateur among the professionals who is still considered a ‘badass’ and a controversial poker player. Why did we call him an amateur? Well, his only recorded tournament win was $33,626 at the 2009 WSOP Main Event, where he finished at the humble 180th place. Nevertheless, he claims to have won $50 million during 2014 and that he quit playing with professionals.

The real reason why he gave up on public tournaments is probably the fact he doesn’t stand a chance against experienced cardsharks. That’s why he decided to focus on private cash games. After all, this is where he shines because naive yet opportunistic contenders assume he’s an amateur. They challenge him, hoping they’ll take his millions, only to be disappointed when the opposite proves to be the case. Playing against rich unprofessional players is his sly tactic and the most likely reason behind his wealth.

However, many people dispute the origin of his affluence. They call him a “trust fund baby“, believing he inherited his wealth from his father, a controversial businessman convicted for tax fraud. Wherever it comes from, his money is still there, and he uses it to promote his lavish playboy lifestyle. He garners much attention from videos of partying with models on his yachts, as well as posing with his sumptuous arsenal of weapons.

Having over 32 million Instagram followers speaks volumes about his popularity, so you’ve most likely heard about him. This guy is more famous for his lifestyle than his feats at the table. However, he definitely gives publicity to poker and attracts new players.

Nicknamed “The Payer“, Ivan Freitez is the most successful Venezuelan poker player in the world. Active in live tournaments since 2007, he reached the peak of his career in 2011, when he won the European Poker Tour Main Event and collected the €1.5 million prize. Although he’s not among the most famous players, one dirty bluff gained him a lot of notoriety.

Namely, during the 2011 EPT Final in Madrid, Freitez was dealt a 6–5, while his opponent Eugene Yanayt got a K–Q. The first three cards on the board were 5–3–K, succeeded by a 5, and then a 6. Freitez, having a full house, logically went for the raise, but then he made a shocking move. He pretended he actually meant to make a call, and a comical, “No speak English!” was his weaselly excuse for saying, “Raise!” The floorperson was so outraged by the move he warned Yanayt it was a bluff. Still, instead of mucking, Yanayt fell for it.

The fact that Ivan went on to win the tournament by angle shooting may seem unjust to some, but he still made poker history, winning with the dirtiest bluff.

In 2014, V. Selbst made history by becoming the only woman to ever reach number one ranking by the Global Poker Index. She’s also the only woman to win three WSOP bracelets in open field events. Selbst gained public attention in 2010 and 2011 by winning the North American Poker Tour two times in a row. She earned over $11,850,000 from live tournament prizes, and her biggest win was $1.82 million for the first place in the Partouche Poker Tour.

You can’t become number one without taking risks, which is why Vanessa’s playing style is characterized by bold bluffs. However, some players read through her schemes. When this happens, the controversial side of Selbst’s personality kicks in. There are many instances of her childish overreactions to losses. She swears, attacks players verbally, and even plays the friendship card if the player who beat her happens to be someone she knows privately.

Given that she’s always hungry for victory, it’s no wonder she’s a sore loser. Although everybody respects her achievements, some poker fans consider her frantic behavior irritating.

Nicknamed The Poker Brat, Phil Hellmuth Jr. doesn’t need much introduction since he’s one of the top five most popular players in the world. He set the world record by winning 16 WSOP bracelets, and he became a member of WSOP’s Poker Hall of Fame in 2007. His overall live tournament winnings exceed the staggering amount of $24,000,000!

Helmuth holds his nickname for a reason. He demands that other players comply with everything he says while disrespecting them at the same time. Like any other poker player, he occasionally resorts to bluffs, but he overreacts when he loses to the same trick. In one such instance, he called the winning player “an idiot.” His double standards and infantile behavior are the reason why many poker fans root against him.

Antanas Guoga, or Tony G, is the most successful Lithuanian poker player. He won the 2005 No-Limit Hold-Em Main Event of the European Poker Championships, collecting a $456,822 prize. He won several million dollars from live tournaments, but he never finished first in a WSOP bracelet. As you can see, he’s not one of the most successful poker players, but he’s still pretty famous.

The main reason for Tony G’s popularity is his questionable behavior at the table. His core tactic is getting on the nerves of other players. He frequently belittles and ridicules his opponents in an attempt to get them off the rails and win. In fact, he continues to mock them even after he wins!

Although he’s not among top poker players, he’s considered the big mouth of poker and is arguably the most controversial poker figure. The fact that he used to be a politician only adds to the controversy.

Dan Bilzerian is definitely a guy that you either hate or love -got to give it to him though, most of us would wish for the lifestyle he’s got

Very interesting topic, thought Dan Bilzerian deserved to be further up the list though… The guy is a serial misogynist