The 5 Biggest Tells in Poker

The 5 Biggest Tells in Poker 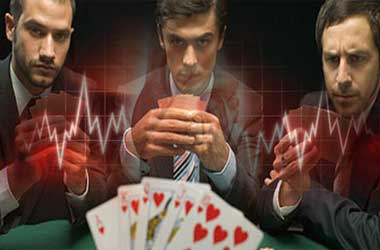 In this article, I will cover some of the most common tells in poker. I will tell you how you can notice subtle changes in your opponents’ behaviour, and use it to predict how strong their hands are.

By reading this page, you will be able to learn some of the following things about poker bluffs and tells:

Poker is a gambling game like no other. This game that originates from the 19th century United States is today one of the most popular forms of casino entertainment, being played all over the globe.

The reason why poker is so unique lies in the fact that it requires skill to be played. Sure, you will need some luck from time to time, but how you utilise your knowledge of the cards will decide if you win or lose.

This is why poker is so competitive and why you can see plenty of professional poker tournaments that take place every year.

Most Common Signs To Look Out For In A Poker Player

One of the essential skills in poker, apart from understanding card combinations and complex math, is reading other players’ reactions. It is not easy to notice whether a player is bluffing or not, especially if they are true poker pros.

However, when there’s a lot of money involved in a game of poker, players will feel plenty of pressure and give away some tells that you as their opponent can use to your advantage.

1. Out of Turn Movements 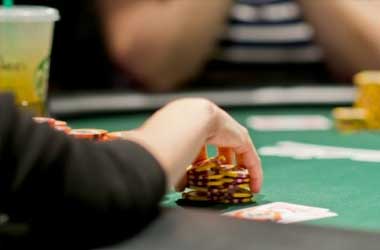 Trying to read your opponents’ reaction does not imply only looking at a player who’s about to play next. You need to pay attention to all the players that are still in play and see how they react to the situation on the table.

When a player is out of turn, but are about to go next, one big tell can be noticed when looking at how they are handling their chips.

If a player in turn is reaching for chips as they are about to bet, and the player whose turn is next immediately reaches for their chips, it is a tell that means that second player probably has a weak hand.

You might wonder why. Well, if a player does have a strong hand, they will usually play it cool, giving other players a reason to buy into the hand so the pot can rise. If a player is reaching for chips early, it probably suggests that they want to keep other players from betting as to give them a notion that their hand is strong, when in fact, it is not.

Now, of course, experienced players who know this and might use this tell as a reverse psychology tactic, but this move is usually subconscious, so you can’t even tell when you’re doing it. 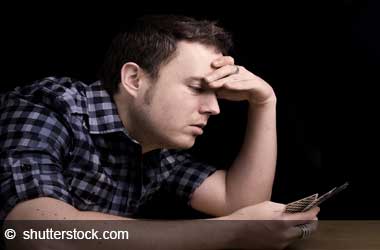 Each poker player can take all the time they want to make a move until they are called out by another player.

However, the decision-making time was reduced by introducing a 30-second shot clock at some pro-level tournaments, although each player does have an option to use several time-bank cards that resets the clock.

In any case, poker players can take a lot of time to make their decision, and if after long hesitation they make a significant bet, it is a strong indicator that they have a pretty good hand. Players who bluff usually take less time to make their moves.

The reason this is happening is that bluffing players don’t want their behaviour to be studied longer than necessary, and because of this they are quick to make a bet. They also feel that by making a quick decision, they are presenting confidence. Players with strong hands already feel confident that their cards are going to win them the pot, so they can afford to make their move more slowly, and maybe suggest other players that their decision was not easy to make and that their cards are not that good. 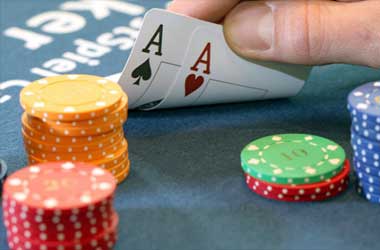 Each player in a round of Texas Hold’em poker receives two hole cards that lie face-down on the table. Good players remember their hole cards and make their moves according to the community cards.

However, it can happen that sometimes a player double-checks their cards after the flop, turn, or river.

This usually indicates that a player has a weaker hand and are unsure whether that hand will work. It also shows that a player might have lost their focus and are tired.

If you were to have a strong hand and hit a good flop, you would likely not want to draw any attention to yourself. If you were bluffing, double-checking all cards would show a little uncertainty, and other players might smell you out.

Another reason a player might double-check their cards post-flop is that they possibly might look for a straight. It is easier to remember the value of your cards, but unfocused players might forget the suits of their cards, so be careful if there are any suited cards on the table when you’re playing against a double-checker. 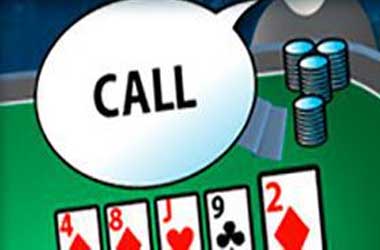 Quick calling is probably one of the biggest and easiest poker tells to recognize. When a player makes a quick call (anything within a few seconds) after the bet was made, it indicates that their hand is relatively weak.

Taking virtually no time to make a decision means that the players who are quick calling haven’t really thought about the possibility of a raise.

If they had a really strong hand, raising would be the first thing that pops into their heads, and they would at least consider it before making a decision.

Quick calling is not that big of a tell pre-flop, primarily because the pot is still small at that point and players are more loose with their chips. But once the flop is dealt and the bets get bigger, players would want to take a longer time to decide on their moves if they really have strong cards.

Note that players can make quick calls even with great hands if they had a long time to think about it. For example, if previous players in turn took a long time to make their decision, that means that our quick-caller maybe already decided what to do in every scenario.

5. Glancing At the Chips

When a player before them makes a bet or a raise, some players might get a quick glance at their chip stack.

Looking at your chip stack is never good because it suggests to other players that you are considering a bet or a raise, and that you are likely to have a very strong hand.

Just like many other poker tells, glancing at the chips is subconscious and involuntary. This also happens after the flop, suggesting that the player who took a quick look at their chip stack hit something good and that their hand improved.

Because a lot of players don’t even have control over this tell, they usually wear dark sunglasses so others can’t see where they are looking.

These are only some of the biggest tells in poker that can help you improve your game at the table. One of the crucial aspects of this game is to remain focused at all times and study the behaviour of your opponents. Sometimes that behaviour is obvious, other times it can be more subtle. Also, by knowing all of this, you can now understand how not to behave with your game and avoid getting exposed.

Nevertheless, understanding poker tells can only make you a slightly better player. It is more important what kind of strategy you come up with. These tells are common and relatively reliable, but remember that they are not rules of any kind and that there can always be exceptions.

If you like poker and other casino games, make sure to play them on only the best online poker rooms in the world. Check out our poker room review pages and learn more details about their games, bonuses, and other stuff.

If you feel like you want to add something to this article, feel free to do so. Leave a comment below or contact me directly. I love hearing from my readers!