The movies and media make us think of Texas Hold’em as being played in a smoke-filled back room with dimmed lights and a sketchy backstory.

The reality is much different. Texas Hold’em is the most popular poker variant played by millions of people worldwide — amateurs and professionals participating in the biggest tournaments.

How did this poker game become more popular than other variants that have been there much longer? To find the correct answer, we need to go back in time, all the way to the game’s humble beginnings. Let’s get started.

Story Behind the Name

Even if you’ve never played Texas Hold’em, you can guess where the name comes from as it’s pretty self-explanatory. Although it’s still unclear where the game emerged, all roads lead back to Texas and a small town called Robstown.

If you read the Texas Legislature, you’ll notice that the state officially recognizes Robstown as Texas Hold’em birthplace, dating back to the early 1900s.

Now that we’ve cleared up the “Texas” part, we should explain what “Hold’em” refers to. Unlike in other game variants, like Five Card Draw, in Texas Hold’em, you can’t throw away any cards or draw new ones throughout the hand. You must hold the cards you’re initially dealt until the showdown or fold. 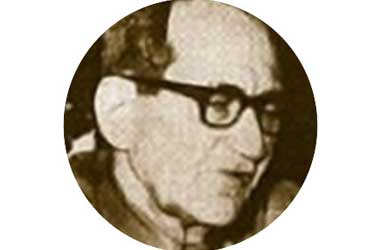 Texas Hold’em origin story is a bit murky, as little is known about the game’s invention. Although there is still a lot of dispute about who created Texas Hold’em, a Texas road gambler called T. “Blondie” Forbes (pictured) is now widely believed to have invented the game in its current form during the 1920s. Eventually, Forbes was inducted into the Poker Hall of Fame in 1980.

In 1963, Texas Hold’em came to Las Vegas, thanks to Corky McCorquodale, who brought it to California Club. Afterward, the Golden Nugget Casino mainly hosted the game.

In 1967, a group of Texas Road gamblers, Amarillo Slim, Doyle Brunson and Crandell Addington, went to Las Vegas and played Texas Hold’em for the first time. Addington was the one that described Hold’em as “the thinking man’s game”, mainly because it allowed players to use different strategies to increase the odds of winning.

The game remained relatively unknown until 1969, when The Dune Casino organized the first Texas Hold’em tournament. Thanks to the casino’s prominent location on the Strip, the event drew much attention and proved financially rewarding, especially for high rollers. After this event, Texas Hold’em’s popularity and recognition grew exponentially.

In 1970, Benny and Jack Binion, father and son, bought the Gambling Fraternity Convention rights, changed the name to World Series of Poker, and decided to host it at the casino they operated, Binion’s Horseshoe.

Since 1971, No-Limit Texas Hold’em has been the game played at the WSOP Main Event. Despite the humble beginnings and a small number of entrants, the game steadily grew in popularity, turning WSOP into the biggest poker tournament in the world.

Why Is Texas Hold’em More Popular Than Five-Card Poker?

Five-card poker was among the first variants to emerge in the US. During the American Civil War, soldiers played poker for recreation. It’s believed that in that time, five-card poker originated.

This poker variant has stood the test of time and is likely one of the most played games, at least in informal meetings. However, despite being first on the scene, five-card poker failed to reach Texas Hold’em in terms of popularity.

The main reason why Texas Hold’em became the king of poker is because of its simplicity. The game is easy to learn, which is why inexperienced players usually start their journey with this variant.

In its essence, Texas Hold’em doesn’t involve complex rules. There is no memory involved, and every card you see will remain exposed during the hand. Additionally, you won’t come across complicated card combinations, unlike in Omaha Hi-Lo. The number of hidden cards per player is also relatively low, leaving you with several possibilities.

What’s more, Texas Hold’em is an excellent spectator game. So, even if you don’t have extensive knowledge, you’ll understand what is happening during the hand.

However, although learning the basics of Texas Hold’em is easy, mastering the strategies makes the game extremely technical and challenging. Before you lay the chips on the table, you need to understand the rules and how other players’ positions can affect your strategy.

Texas Hold’em in Movies and Television

Another reason behind the global presence of Texas Hold’em is the exposure it’s gotten over the years. One of the first appearances of Texas Hold’em dates to 1998 and a movie called Rounders, starring Edward Norton and Matt Damon.

Although the story gave the public a romantic portrayal of the no-limit variant, it also included a game clip between Johnny Chan and Erik Seidel from the 1988 WSOP. 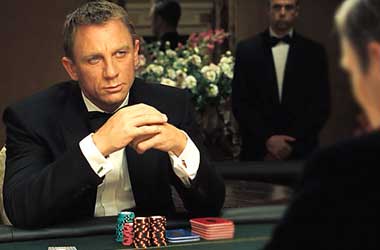 More recently, a high-stakes Texas Hold’em game was central to the plot in Casino Royale, a 2006 James Bond movie.

Even though the novels focused on baccarat, movie producers opted for this more popular casino game.

In 2008, Shark Out of Water appeared, displaying a darker and more addictive side of Texas Hold’em. The movie featured appearances by Brad Booth and Phil Hellmuth, some of the most successful poker players in the world.

Although Texas Hold’em games and tournaments have been televised in the US for years, they had exploded in popularity as a spectator sport in 2003 when World Poker Tour adopted the lipstick camera idea, giving watchers a glance at the players’ hole cards.

Saying that online poker has a complicated relationship with the US legislature would be an understatement. After the 2006 Unlawful Internet Gambling Enforcement Act (UIGEA) and the infamous Black Friday, it seemed as though poker would never make a comeback.

Luckily, things started to change for the better, and US poker enthusiasts now have access to various online Texas Hold’em platforms and tournaments. Some online casinos and poker sites also give a free play option to beginners, allowing them to try out different strategies and learn the basics before playing for real money.