How to Dominate in 3-Bet Pots?

How to Dominate in 3-Bet Pots? February 13, 2020 Adrian Sterne https://top10pokersites.net

How to Dominate in 3-Bet Pots? 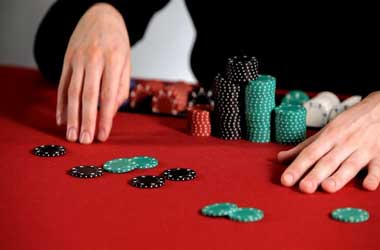 One of the most challenging situations for micro stakes cash players is managing the 3-Bet pots.

A 3-Bet in poker occurs when there is a bet, raise, and re-raise (third bet). So, a 3-Bet pot is when a player goes to the flop, after a raise and a re-raise preflop.

If you want to make some cash at a poker table, then you need to master the art of playing in 3-bet pots.

Today, we’re going to show you how to dominate in 3Bet pots, especially at lower stakes.

Without further ado, let’s dive in.

Players are often unsure which hands they should be making 3-bets with, and what to do when they pass the flop and the opponent calls their c-bet. It gets even more confusing when someone 3-bets them. Should they 4-bet or call? What if they miss the flop?

Effective 3Betting strategy is a complex issue because, most of the time, it depends on several factors like the action in the hand, the board texture, and the type of the opponent, among other things.

Let’s get the easy stuff out of the way first. At every micro poker table, there are certain players who are easy 3Bet targets. They are so easy to pick up that your starting hand becomes irrelevant. But first things first.

Before you dive in, you should learn everything about your opponents, so that you can exploit their weaknesses more effectively. Nearly all players at the micros have weaknesses you can take advantage of. Some of them are so evident that it almost forces you to take action. When it comes to 3Bets, there are people who:

You can see these types of players everywhere, especially at the lower end of the micros. When you’re playing against players who are this unbalanced, you can literally 3Bet them with any two cards. Nevertheless, this isn’t an effective long-term strategy because they will eventually catch on and adjust.

You would want to exploit their weaknesses just enough to get the max value, but not to overextend and risk alerting them that something is going on. If you get out of the line too much, they will adjust and play better, and we wouldn’t want that.

What Are the Appropriate Hands for 3Bets?

It’s difficult to pinpoint the exact number. However, you should 3Bet with a broader range when playing against the type of players mentioned above. So, if your standard 3Bet% is 10, for example, then it should be at least 20 against these players.

However, you should also consider the action in the hand. And by that we mean to analyze who raised and from what position.

Keep in mind that most players at the micros have a tight opening range from the early position (EP). That’s why you should be cautious when they raise from these seats.

However, when the action finally comes, all players will be opening a bit wider. Why? Well, because stealing the blinds becomes more manageable and, even if called, you will still be in a good position.

Against the easy targets we discussed earlier, you can go with a range as wide as this:

We could have thrown in a few more hands in the mix, but you get the idea. If you have anything remotely decent, then you should go for a re-raise.

These hands are just so strong that you should actually call more often than not when playing against someone who is folding to a 3Bet all the time. It’s just more profitable to go to the flop with them and try getting out some value rather than end the hand preflop and collect only their 3bb open.

Keep in mind that you shouldn’t do this 100% of the time. If you’re out of position, you should still 3Bet them occasionally, just because of the challenges that OOP play presents. Also, if a rookie has already called, then you should undoubtedly go for it because those types of players rarely fold to 3Bets.

Under normal circumstances, you should carefully consider how to extract value with great hands when 3Betting somebody who is folding most of the time.

There’s a Flipside to It

So far, we’ve discussed several 3Bet scenarios, but in most of them, you were hypothetically playing against weaker opponents. But what if you have a dominant starting hand, but you’re not able to exploit the weaknesses we talked about earlier?

It all depends on the position. Whether it’s a 3-bet pot or a single raised pot, the player who is in position has a significant advantage in the hand. And when you add the fact that the 3-bettor’s range is usually tight, it becomes clear that calling with a wide range on the flop when you’re OOP is not a profitable action.

Your opponent will establish control and can maneuver you as they please, bluffing you when you think they are strong and checking back when your range improves. And since you’re OOP, there’s nothing you can do about it.

For example, you have QQ out of position on A, K, 7, and your opponent bets ½ of the pot. You may have a superb starting hand, but you would have to fold on this flop more often than not.

3Betting is quite a complex topic, and we could merely scratch the surface in this article. It all boils down to understanding your opponents and exploiting their specific weaknesses both before the flop and after it. Keep the tips above in mind the next time you play in a 3-bet pot, and you will notice an immediate bankroll boost.

As usual, if you want to share your thoughts and impressions, don’t hesitate to use the comment section below.