Fun and Crazy Poker Facts that Will Blow Your Mind

Fun and Crazy Poker Facts that Will Blow Your Mind

If you have some free time and like to try out gambling games, one of the best options for you is poker. The game has a long and colourful history and is available at land-based casinos and poker rooms and also online casinos. Now the mobile casino brings poker directly to your handheld device, allowing you to play this fabulous game on the go.

Given that poker has been around for more than 2 centuries, there is a lot of history and fun attached to it. There are numerous exciting and funny stories associated with the game from different places where it is played. The fact that this is a game that can be played literally in any neighbourhood – even among friends over beer – makes this possible.

Along with amazing stories there are numerous interesting bits of information that make for interesting reading. We bring to you some of these cool facts about this amazing game, from over the years. To make reading easy we have put this information out in the question-and- answer format.

Do you know the duration of the longest ever poker game? 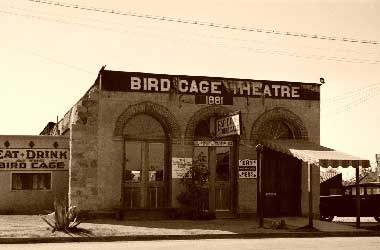 Poker at online casinos today is popular because it is fast and fun.

The game was held in Tombstone, Arizona, at the Bird Cage Theatre and was called the Bird Cage tournament. The game apparently started in 1881 and had a buy-in of $1000.

And you thought poker was always played with a 52-card deck?

Surprise! Poker was not always played with a 52-card deck; the earliest games were played with 4 players and a deck of 20 cards. Each player got 5 cards and the game involved a wager on the best hand. The officially recorded instance of use of a 52-card deck for the first time dates back to 1834.

Where do you think poker came from?

In the USA poker has been around for over 2 centuries now. Surprise! The original name was not poker, but poque! That was the name this game was known as when it first made an appearance among the French residents of New Orleans. After the number of settlers speaking English started increasing dramatically after the Louisiana Purchase of 1803, the name evolved to poker and the game in its current form came into existence.

How popular is poker today?

A simple statistic tells you how popular poker is across the world. In the US alone, there are over 75 million people playing poker. That is a huge number, over 20% of the American population. The access to poker is not only at land-based poker rooms but at online poker rooms and casinos.

When and where did Texas Hold’em originate?

There are a number of popular variants of poker today. One of the most popular – a game that you see at almost every land-based and online casino – is Texas Hold’em. The name automatically suggests that Texas is the place of origin of this incredibly famous game. However, it has not been somehow been possible to specifically pin down the exact place of location in Texas where the game originated. Despite that the Texas State Legislature officially declared in May 2007, through a resolution, Robstown of south Texas to be the place where Texas Hold’em was born.

Do you know where the poker chip came from?

If you are a poker fan, and even if you aren’t, you would know about the poker chip. You see it at the casinos – land-based and online and now even mobile, you read about it in the novels, you see it also in the movies. So from where has the official poker chip been around? In the earlier days, there was no standard poker chip; anything that was valuable was used as a chip. It could be a coin or even a nugget of gold.

The first standardized chips were made of different material, including wood, clay, and even ivory. They had beautiful décor on them and were in circulation towards the end of the 18th century. The official clay chips have been around since the 19th century and are now commercially available.

When was the first time the World Series of Poker tournament organized?

With poker reaching unprecedented levels of popularity it was only time before a tournament of epic proportions involving some of the best players of the world was organized.

That possibility became a reality in Las Vegas in 1970 with the birth of the World Series of Poker.

An interesting nugget of info about this tournament: the first year’s event had the winner decided by voting, not a tournament.

Do you have any idea when poker got on television?

With the World Series of Poker raking in the ratings and hogging the newsprint, it was only natural for television companies to want to cash in on its popularity.

In 1973, CBS telecast the World Series of Poker. That was only the beginning; today poker tournaments have made their way not only to television but the Internet as well.