Famous Hollywood Celebrities Who Are Good at Poker

Famous Hollywood Celebrities Who Are Good at Poker 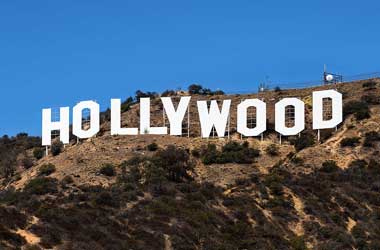 Judging by the sheer number of appearances poker games have made on the silver screens, one can rightfully say that Hollywood takes a liking to this cash game. From Ocean’s Eleven to the James Bond franchise, we’ve watched characters win big and lose big on the felt. However, you’d be wrong to think that the connection between Hollywood and poker ends with the closing credits.

Besides, “life imitates art,” as Oscar Wilde famously put it.

Considering that poker games usually attract the most affluent in society, it is no wonder that we can find some A-listers standing out among confirmed poker enthusiasts.

Let’s take a look at the list of some of the most recognizable celebrities who have been spotted sitting at the felt table. 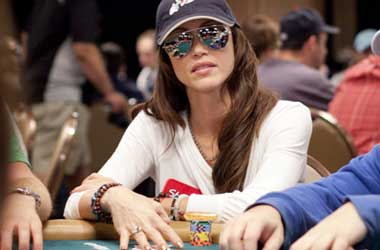 This Texan actress/fashion model is probably most famous for her roles in the turn-of-the-century comedies American Pie, Jay and Silent Bob Strike Back, and Scary Movie.

Apart from gaining worldwide popularity from these engagements, Shannon Elizabeth has been known to enjoy an occasional game of poker.

What’s more, Shannon admitted to being more than a casual poker player and claimed to have visited Las Vegas at least three times a month to take part in live cash games.

Indeed, she is not to be taken lightly. One of her most notable achievements in the poker world includes coming in third in the 2007 NBC National Heads-Up Poker Championship. She is said to have cashed in on more than a quarter-million dollars on this occasion. Although not as active as before, Elizabeth has made quite a name for herself in the gambling world. 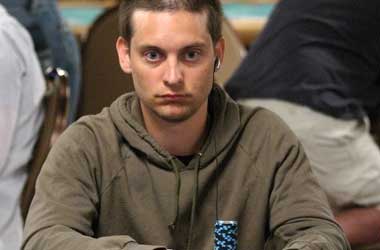 One of the most talented and successful actors in the world, renowned for his rendition of Peter Parker in the Spiderman trilogy, Toby Maguire has also tried his hand at producing and gambling.

Maguire started playing poker in 2004 and was said to have refused to play without the special deck shuffler called Shuffle Master.

According to some sources, he is probably one of the highest-grossing poker players among Hollywood actors. Namely, he is known to have taken part in the controversial high-stake underground cash games alongside his fellow Hollywood stars Matt Damon and Ben Affleck. These events were later depicted in a 2007 movie called Molly’s Game.

Based on the estimations of Huston Curtis, a writer and famous poker player, Maguire “could have made up to $30 to $40 million from the games”. What’s more, his prowess was so legendary that some even speculate that the Player X character in Molly’s Game was based on the actor. 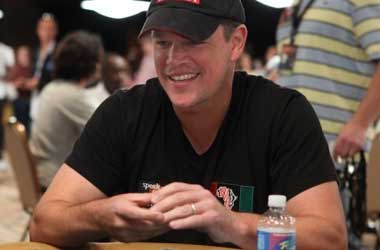 Known for his charisma and good looks, Matt Damon might be one of Hollywood’s most recognizable faces. He gained widespread recognition for his roles in the Bourne and Ocean’s franchises, but one of his less famous professional involvements may have led him into the gambling world.

Being the thorough professional he is, Damon spent $25,000 to participate in a poker tournament to prepare for a role in the 1998 poker film Rounders, which we picked as our top poker film It seems that around this time, he developed a keen interest in cash games since, after making the film, he has joined several poker tournaments.

As mentioned above, the actor is one of the high-profile players known to have participated in the infamous Molly’s Game. Recently, he has had some notable successes during 2019

World Series of Poker events, but is mostly playing in more private settings, away from prying eyes. 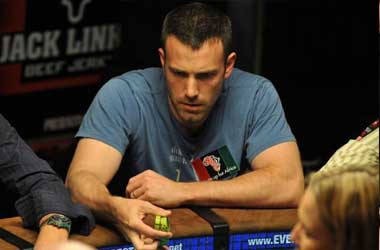 Somewhere between directing, producing, writing, and proving his theatrical prowess and versatility in movies like Batman, Gone Girl, and The Accountant, Ben Affleck has managed to hone his poker skills, as well.

Much like most of his characters, Ben is said to be an amiable presence at the poker table.

However, we shouldn’t let his composed posture deceive us. If we were to rank our male celebrities based on their performance on the felt, Afleck would definitely qualify for the top position, right after Tobey Maguire.

The Armageddon star used to play blackjack, but according to some accounts, he was banned from casinos for counting cards. The actor reportedly took lessons from poker pros like Gabe Thaler and eventually went on to win the 2004 California State Poker Championship, taking home the whopping $356,000.

His poker success doesn’t end there, though. The Hollywood heartthrob is estimated to have grossed around half a million dollars in live tournaments. 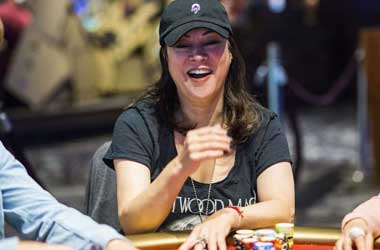 The Academy Award-nominated Child’s Play star may nowadays be more famous as a poker player than an actress.

Tilly’s passion for poker was first ignited by a gift she received from her father, a video poker game World Series of Poker. After realizing a successful career in Hollywood, the actress decided to dedicate more time to the cash game.

The pinnacle of her gambling career is the WSOP bracelet she got after coming in first at the Ladies No-Limit Texas Hold’em event in 2005. In fact, the Family Guy star is the first celebrity ever to win a World Series tournament.

The actress-turned-poker-player is held in high regard by the gambling community. She was even nominated for PokerListings’ Spirit of Poker Living Legend Award in 2014, and her total live tournament wins amount to $923,904.

Tilly’s love for poker seems to extend to her personal relationships. Between 1984 and 1991, she was married to a poker player and the Simpsons creator, Sam Simon, and her current flame is professional poker player Phil Laak, who is also her coach. 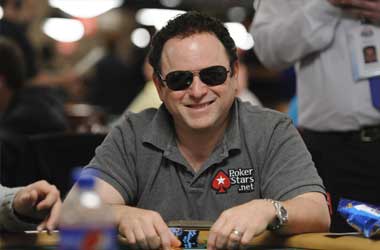 Our list wouldn’t be complete without the Seinfeld star Jason Alexander. Unlike his character George Constanza, Alexander showcases some serious wits during his poker performances.

Although his total wins are nowhere near as impressive as the other celebrities’ on our list, Jason has won a lot of money for charity.

The actor is a regular on poker television shows, and thus far, he has won two notable games. By winning Celebrity Poker Showdown Season 8, he collected half a million dollars for the charity. He also won the 2020 King’s Celebrity Poker Challenge, helping to raise $125,000 for World Central Kitchen.

Although everyone can enjoy a game of poker, it sure doesn’t hurt to be a celebrity with ample funds to support your favorite pastime. However, as we have witnessed today, these celebrities have much more than cold cash to bring to the table.

On top of their charisma, talent, and good looks, they have been endowed with the wits to excel at one of the most popular card games in the world. What more is there to wish for?

Dusan has a keen interest in online gambling laws. Making his posts well worth a read to find where poker is legal and upcoming changes to the law..