DDoS Attacks Continue To Be A Major Problem For Poker Sites

DDoS Attacks Continue To Be A Major Problem For Poker Sites 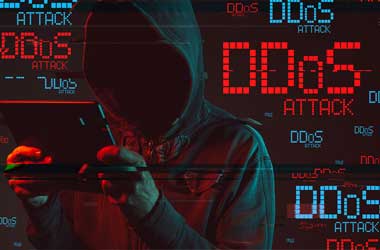 The online poker industry has battled distributed denial-of-service attacks (DDoS) attacks for well over a decade but in recent years the number of DDoS attacks has increased.

The latest set of DDoS attacks has impacted a number of top online poker operators including PokerStars, Partypoker and Americas Cardroom.

A DDoS attack is a cyber-attack that targets an online website. A single hacker or a group of cyber attackers look to cause an overload to the network or particular machine in order to prevent it from operating efficiently and cause it to shut down. Any machine or network that is connected to the internet potentially becomes a target for a DDoS attack.

Cyber attackers have targeted top online poker operators in the last few weeks by sending their network a flurry of requests that has clogged the network and caused network failures and failed connection requests. This has stopped regular and legitimate users from accessing their online poker accounts and many of them have been logged out during a live session.

There could be a number of reasons as to why a DDoS attack is carried out. At this point of time it is only speculation as to why these online poker rooms have been attacked as so far no individual or group has claimed responsibility for the DDoS attacks.

DDoS attacks are usually carried out to send a threat to the concerned person or to start blackmail activities. The hackers usually agreed to stop their DDoS attack if a set of demands are met. In some cases, DDoS attacks are carried out as a sign of protests or activism. Online poker operators have often been targets in this regard as protestors have wanted them to shut down their online poker room as they were alleged to have been responsible for an increase in problem gambling activities.

iPoker operators do their best to install and implement the latest cyber security and network safety requirements in order to safeguard their poker rooms and players from such DDoS attacks. However, hackers are always upgrading their skills and this latest set of DDoS malware has successfully breached existing online poker security measures.

iPoker operators have promised to fix the breaches to their network and resume proper services shortly. However, there is no guarantee that they will be able to stop the next set of cyber attacks.