Biggest Poker Wins in The History of The Game

Biggest Poker Wins in The History of The Game February 3, 2022 Adrian Sterne https://top10pokersites.net

Biggest Poker Wins in The History of The Game 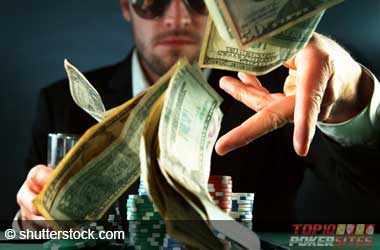 To many people, winning a million dollars sounds like a pipe dream. However, for many real money poker professional players, that’s just a regular day in the office.

Naturally, they also work hard and practice for hours on end to get to that top prize, but some have managed to do it more effortlessly than others.

If you’re an avid poker fan, you have probably heard of some of these players. Either way, you’re in for a real treat with this list.

We’ll introduce eight poker players who managed to score millions with their poker skills and rank among the highest-earning poker players globally.

Top 11 Players Who Have Cashed In On The Big Time

Last but not least on our list is Jonathan Duhamel. This Canadian professional poker player won the World Series of Poker Main Event in 2010.

The tournament saw a total of 7,319 players participating. There were even a few celebrities, like Ray Romano, Shannon Elizabeth, Bruce Buffer and Emmitt Smith.

At the biggest poker event in the world, the World Series of Poker, winning the Main Event is a big deal. And no one knows that better than Peter Eastgate. In 2008, Eastgate won a jaw-dropping $9,152,416 after he managed to survive a field of 6,844 players.

By reaching the November Nine and then the bracelet, he became the first-ever Danish player to have such an achievement. He is also the second European to win the Main Event at the WSOP tournament. Finally, he was the youngest player to win the biggest WSOP event but was dethroned by Joe Cada the following year.

The sixth place on our list goes to three players, each of whom has won a staggering $10 million by playing poker.

We’ll go through them one by one and give each their time in the spotlight.

Only two years ago, Hossein Ensan won $10,000,000 in the finale of WSOP. Ensan is the most recent WSOP champion to have made his way onto this list. After a heated finale with a dominant heads-up and final table performance, he triumphed over an  Italian called Dario Sammartino. The German is probably still on cloud nine after such a comfortable win.

In 2018, only a year before Ensan, an American, Justin Bonomo, managed to scoop up $10 million at the Big One for One Drop tournament. Bonomo defeated a German player, Fedor Holz, and outlasted top poker players like Byron Kaverman and Dan Smith.

The last $10-million winner on our list is Martin Jacobson. The Swedish poker superstar won the WSOP Main Event in 2014 by beating two other European players, Felix Stephensen and Jorryt van Hoof. This WSOP tournament was one of the biggest in recent history, with 6,683 participants.

It might not be the biggest poker prize in 2021, but it’s still big enough to make it to this list.

The event in question was the Big One for One Drop $1,000,000 buy-in tournament, organized by WSOP.

Thanks to this prize, the Brit is ranked as the 12th highest poker earner in tournament play, with over $20,000,000 in tournament wins.

Well, Gold managed to scoop up three years of poker development. Namely, the field for the Main Event had grown ever since Chris Moneymaker’s win in 2003.

Gold won the main prize by beating seven opponents at the final table.

What’s more, he managed to win amid a poker boom. You can tell the interest for poker tournaments spiked as entries rose from 839 to 8,773 in just three years. And that boom helped Gold transform from a non-professional player into a millionaire overnight.

A total of six players cashed out at this event, including James Bord, Cary Katz, Rick Salomon, and Andrew Pantling. Anatoly Gurtovy ranked second with $5,983,597 under his belt, which is still significantly less than what Tsang brought home.

This win makes Tsang one of the best Asian poker players in the world. What’s more, Tsang never managed to cash out at a poker tournament before this win, making it even more special. He is now living as a professional poker player in Hong Kong.

After spending years as an online poker player, Daniel Colman decided to step onto the big stage and try his hand at The Big One for One Drop tournament in 2014. And he couldn’t have made a better decision.

Colman went home with $15,306,668, making him the second-highest winning poker player in history.

In the process, he defeated Daniel “Kid Poker” Negreanu, who then won $8.2 million.

Before joining poker tournaments, the American played online using the nickname “mrGR33N13”. Colman had a great online reputation as the first online poker player who got to the hyper-turbo tournaments to win a total of $1,000,000 in not more than nine months.

The first place on this list goes to Antonio Esfandiari, who won a staggering $18,346,67 at 2012 Big One for One Drop. He took down Sam Trickett in the process and won the biggest prize in poker history. Esfandiari also triumphed over 47 other entries to get to the top position at this tournament.

Before becoming a poker player, Esfandiari worked as a professional magician, so his nickname “The Magician” stuck. He is now a well-respected high-rolling professional poker player and is yet to repeat his biggest success in the poker world.