Since poker is a ‘game of skill‘, any effort made to improve your skills as a poker player will have an influence on your game and on your winnings.

There are many guides and advice available online, but to truly dig deep into strategy you need to read books.

There is no doubt that those most famous poker players you see on TV have read most of these books, so if you want to become one of them you should read them too.

There are over 500 books available on Amazon about poker, and it’s safe to say the vast majority of these are poorly written books or newbie advice, and perhaps there are even some that are teaching you the wrong strategy to play. That’s why you should read this list to see what are the best books ever written on the subject so you can go ahead and buy them without thinking too much about it.

10 Poker Books To Bring Up Your Game

Each of these books takes a unique angle on the game of poker, whether it is from a psychological standpoint, a tournament winner who details every single hand he played on that tournament, or a 1970s shark who decided to share everything he knows with you, and if you read all these you will definitely become a greatly improved version of yourself and a far better poker player than you were.

Let’s begin with the countdown of 10 best poker books. 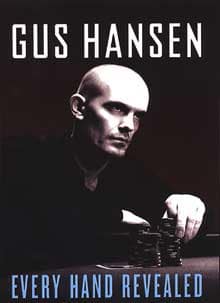 Every Hand Revealed is a mainstream book that would probably be overlooked by most poker players if it wasn’t written by Gus Hansen who wrote it when he was most successful and became the three-time World Poker Tour champion.

In this book he details his thought process so you can enter the mind of a tournament winner, and the book covers every stage of the tournament from the first hand to the winning hand.

No, really. The guy details every single hand he played on his way to winning the 2007 tournament, and explains the reasoning behind every single decision he’s made. Gus Hansen is one of the poker players who are a bit different than the rest of the pack, and reading this book will make you re-think some of the old strategies that are common sense. Or are they? 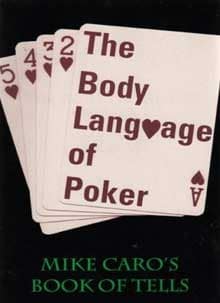 It’s obvious from the year of publication that this is one of those seminal books which set the standard.

It’s an interesting read nonetheless, and can serve as a basic guideline to refining your strategies further. The book was first released in 1984 and in 1994 it was updated with more photos and more content. 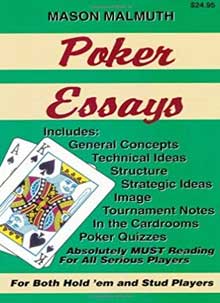 This book won’t improve your game. It’s one for the deep thinker who is concerned about the future of the game, as that’s exactly what Mason Malmuth was doing back in 1996 when he wrote this book.

It’s a collection of his own essays or thoughts about the game, and it’s a book about directions poker should take as a game. It’s an interesting read now as Malmuth was mostly right and was way ahead of his time.

Malmuth also published Hold’em Poker for Advanced Players in 1988, that was a must-read book during the 1990s but now isn’t very relevant since it applies to limit poker only. 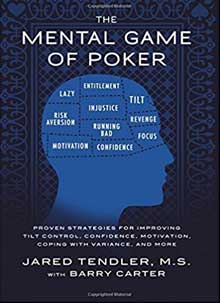 This book was written by a non-player, which is a bit strange since we’re talking about the best books written about the game, but he’s a psychologist and psychology is a huge part of poker.

If you want to avoid a tilt, then this is the book to read. This book will teach you how to handle your emotions, and there are several professional players who say this book helped them become what they are today.

Tendler is actually coaching professional poker player, more than 500 of them, and this book is just the first glimpse into what you can expect if he starts coaching you too. You don’t want to miss this title. 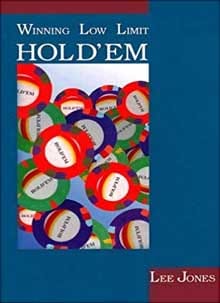 This is one of the main books you must read, as is evident by the fact that most players at the turn of the millennium considered this to be the best poker book ever written.

It’s mostly about limit poker, but the true value of this book comes not only from what is explicitly written but from reading between the lines, as Lee Jones has a simplistic and conversational writing style.

Yet by the time you finish reading the book you’ll have a deep understanding of the game without even realizing how you got there. 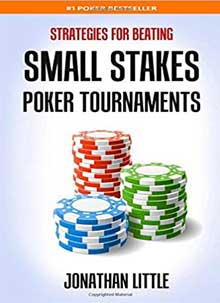 This book is one of the top sellers on Amazon, deservedly so.

A very productive author of popular poker books released this little gem in 2015, and addressed an important issue.

While every poker player enjoys reading grandiose books by famous poker players, which may make you seem like you’re one step from becoming one yourself, this book takes it down a notch and explains how to win the small stakes poker tournaments which you’re most likely to play.

If you want to beat Sit’n go tournaments, this book will help you, and then you can refine your strategies and move up the ladder. Start small. This is one of those books that are action plans that make you money. 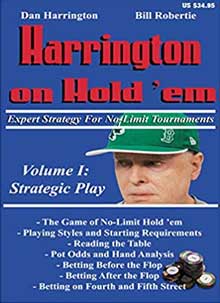 The 1995 world poker champion released this book in 2004 and it became the best-selling poker book in history.

Later Volume II and Volume III were released, and all three should be read by any poker player who means business. The guy you’re playing against has read all three, and so should you.

You’ll find these books titled as Vol. 1: Strategic Play, Vol. 2: The Endgame, and Vol. 3: The Workbook. The first book will teach you how to get through the hundreds or thousands of hands that stand between you and the final table of the tournament, which is a part that’s most often ignored as the final table steals all the spotlight. 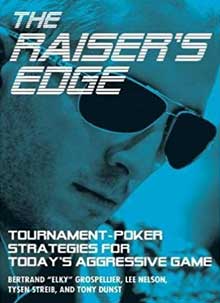 The loose aggressive (LAG) style of poker is employed by most of today’s best players, and this book uncovers it all.

The book is focusing only on tournament strategy, and it’s coming from a guy who won more than $13m on live tournaments, who has a groundbreaking style of play you want to learn so you can use it to your advantage. Don’t play an important tournament without reading this book over and over again. It’s a masterpiece that will become your best friend for tournament play. 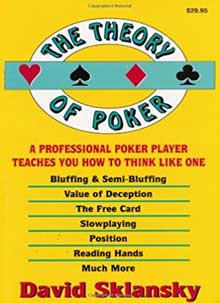 This is a masterpiece you can’t do without.

This is the book written for a serious poker player, without any conversational style or weasel words, just pure facts that , and there’s almost 300 pages of precise strategic advice that lets you learn how to think like a true poker player and make better decisions.

There is no serious poker player that hasn’t read this book several times, and it remains a seminal work which you must read before reading other strategical advice and before perhaps questioning the concepts detailed in this Sklansky masterpiece.

There are other books by Sklansky that explain other card games, and Sklansky sometimes is a co-author with someone else as they use him as an expert, but Sklansky is at his best in this book in which he explains the theory. The other books are a good read too, but this is his best work. 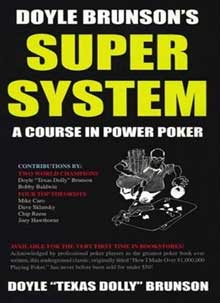 This is one of those books that shouldn’t have been released, as they reveal a bit too much – in fact, everything. What were once secrets of the trade are revealed in this 1976 book and this is an honest 600 page book in which Doyle Brunson is telling you everything he knows.

So, if you want to pick the brain of a 1970s smooth poker player, this is the book. There is strategy advice as well as old school stories about Brunson’s games. If you want to be a power player, you can’t become one without knowing what Brunson has to teach you.

Since poker is not just about game theory (for that you’ll read the #2 on the list), but about the intangibles that make the difference between weak and strong players, this is the best book about poker ever written.