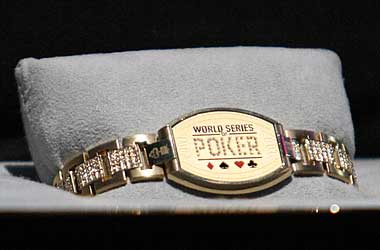 The reason why we all love playing poker is that it is a game that is unpredictable in so many ways. With every hand we play, there’s a small miracle potentially waiting to happen. Some hands end up with minimum fuss, while others make history.

The World Series of Poker wrapped up more than a month ago, and it featured numerous events and thousands of poker pros and enthusiasts from all over the world.

I am always inspired by WSOP tournaments, and the last one had a special significance for me. In fact, it’s the 10th tournament that I am following, meaning that I have been a WSOP geek for a decade.

The tournament was also important for the entire poker community, as it celebrated the 50th anniversary. One of the events that took place during the competition was a sort of gala night dubbed “First 50 Honors” Some of the biggest names of poker appeared that night, selecting winners in a couple of poker categories.

The one I was particularly interested in was called “The Most Memorable TV Hand” There were six candidates for this award, and I knew the scenario for each of them by heart. In the end, it was Chris Moneymaker’s legendary televised bluff against Sam Farha that won, and I was really content with the choice, as it would have been my choice as well.

I wanted to write a blog about the best TV hands (the ones that matter as poker has been televised for more than 40 years) so I took three out of the six candidates for the award and made a list. Read on!

The 1998’s World Series of Poker Main Event was an exciting one, with Scotty Nguyen and Kevin McBride ending up in the heads-up part of it.

On the last hand, McBride was pretty short-stacked and wanted to speed up the action by playing more aggressively. The flop showed a nine of hearts, a nine of diamonds, and an eight of clubs.

The two players started counting chips and thinking about their bets, as Nguyen wanted to make McBride talk in order to find out more about his cards. He wasn’t sure whether he should call McBride’s flop bet. “How much you got there, man?”, asked Nguyen. McBride did not show signs of being nervous, answering politely while counting chips. Scotty called.

An eight of hearts appeared on the turn. McBride raised his bets, and Scotty called again without thinking too much. Mind you — back then, we were not able to see their cards immediately, so the audience that was watching live broadcast had no idea what cards the two players had in their pockets.

The turn showed an eight of spades, creating a full house on the table. Scotty immediately went all-in, standing up, grabbing a bottle of beer and uttering now legendary words, “You call, gonna be all over baby”. McBride called, and the players showed their cards. All you have to know is that Scotty Nguyen had a nine. The charismatic Vietnamese exclaimed, “Party time, baby!”, celebrating with his rail vigorously.

Nevertheless, Nguyen did not celebrate for long. His brother was so happy about his victory that he ran out in the street to tell everyone about it, only to get hit and killed by a truck.

The event that took place during the 2014 WSOP called Big One for One Drop was equal to a fairytale. The buy-in was $1,000,000 and Connor Drinan and Cary Katz both made it to the top 20 with four more players sitting by their table. All of them folded as soon as they received their cards.

However, Drinan had a very pleasant sight in front of him — pocket aces. He would have been a definitive winner of the hand if Katz hadn’t also had a pair of aces. To make things worse, Katz had an ace of spades, which is the highest-ranking card in poker.

The viewers had an opportunity to know their cards right away, whereas both remaining players thought that they are going to win. After all, everyone who gets pocket aces thinks that the hand belongs to them. Therefore, we shouldn’t blame Drinan for thinking that he was going to take the money.

The two players started their pre-flop betting round, but one of the moves that Katz made was looking at his cards once again. Nobody has to look twice at their cards if they got a pair of aces, but with that small bluff, Katz made Drinnan think he was insecure. In fact, he was actively thinking about making bets, giving off a fake insecurity vibe.

After raising the four-bet to two million, Katz uttered, “Save your money kid! You can’t win every pot!” At this point, he confused Drinan completely. How come that first he was insecure about his bet and now tells you something like that? I assume that Drinan was confused, but he certainly wasn’t showing it.

Drinan went all-in, and so did Katz. In a fraction of a second, both players showed their cards, making everyone sitting at the table watch in amazement. “Wow, you all have bullets. It’s so sick”, one of the players commented.

The dealer immediately placed flop and turn cards, with three of them being hearts and one diamond. The second ace that Cary Katz had was an ace of hearts, so he was expecting another heart on the river — and he rivered one! A deuce of hearts made Drinan hit the rail, losing millions of dollars along the way.

Chris Moneymaker who recently entered the Poker Hall of Fame has inspired tens of thousands of people to start playing poker after his legendary performance in the 2003 WSOP Main Event. His final opponent was Sammy Farha who was a popular poker player back in the day, unlike Moneymaker who appeared out of nowhere.

Chris had a chip lead in the last hand and got a five of diamonds and a four of spades as his pocket cards. Sam had a jack of hearts and a ten of diamonds — a much better hand! He immediately made a 100,000 pre-flop bet, and Moneymaker called it in a split of a second as if he had had the best possible cards.

The flop was a jack, a five, and a four, meaning that Moneymaker had a lead with two pairs against Farha’s pair of jacks. What would you do if you were in Moneymaker’s shoes? Would you bet? He didn’t. He checked. Farha raised to 175,000.

Moneymaker hesitated for a couple of moments, or just wanted to make it seem as if he had hesitated. Many pros claim that he knew exactly what he was doing at that point. After doing some thinking, he raised to 300,000.

Farha was so sure that Moneymaker was bluffing that he went all-in, and Moneymaker snap-called it, tossing his pocket cards open. Both players displayed their cards and waited for the turn and the river. In other words, Moneymaker had two shots to avoid in order to win the tournament. Farha had two opportunities.

The turn brought an eight of diamonds. One shot was fired — and missed. One more to go. The last one was a five of hearts. The other one missed as well, making Moneymaker the champion of the 2003 WSOP Main Event. His rail exploded into a celebration, whereas Farha remained smoking his cigarette for a moment before he stood up to congratulate his opponent.